Paul Herington moved to Burney as a teenager in 1948. He attended school in Burney and then at Fall River High School. After serving in the Navy he returned to Southern California where he met his wife Kathy. In 1966 they moved to Burney with their one-year-old son and lived here until 1968. After retiring from work in the Seattle area, they served a one-year mission for their church and then moved back to Burney. 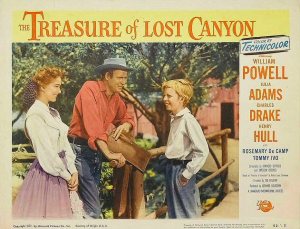 In the first video, Paul talks about living in Burney as a teenager in the late 1940’s. In the second video, Paul recounts the filming of the movie The Treasure of Lost Canyon at Rising River in the early 50’s. Paul and Kathy also talk about the coming of the bowling alley and the Safeway to Burney in the 1960’s.