On Friday evening May 20, Stand Against Stigma hosted a marvelous Hope is Alive! 6 open mike at Billy’s Roadside Café (formerly the Station Café) in Montgomery Creek. The place was packed. Standing room only! Organizer Marc Dadigan opened the event at 6 p.m. and introduced the emcee for the evening, Amanda Flowers Peterson.

Amanda opened the performances with a wonderful spoken word piece and then introduced a duet by Kimberly Davis  and Michael Bennett.

Next, Billy Riggins (Chill Bill) shared some testimony and performed some of his wonderful music.

Following Chill Bill, Stu Stoore, a talented sing-songwriter from McArthur shared a lovely ballad and a rousing rendition of “She’ll Be Comin’ Round the Mountain.” 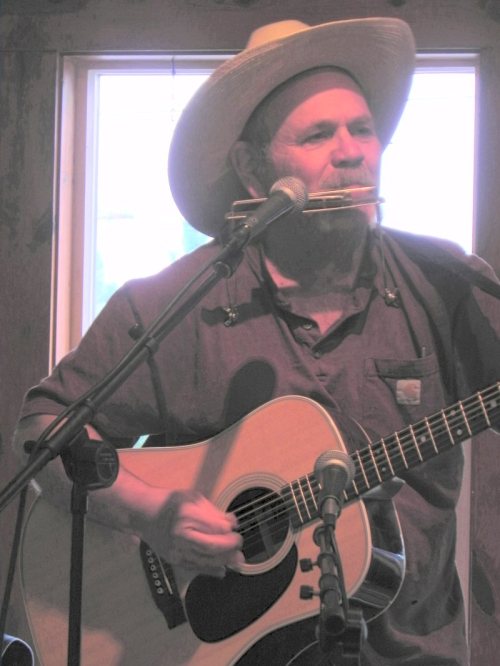 Sarah Clark, a dancer, singer and poet, recited the “Cremation of Sammy McGee” by Robert Service.

Next another talented folksinger, Rodney performed. 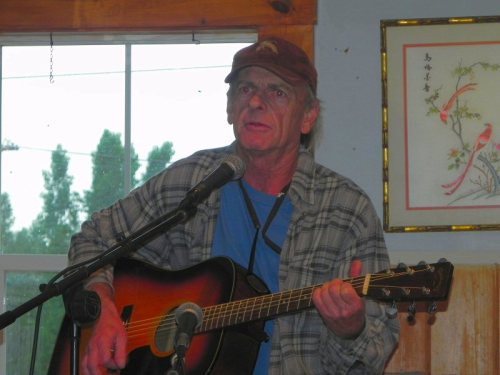 This was followed by two songs by a very talented singer who is also a social activist named Mauro. 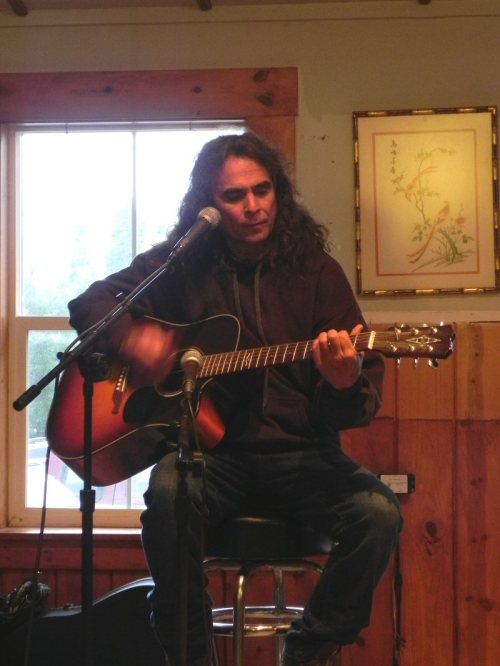 The next performer was Drake Smith. Drake’s soulful singing and dancing are always a show-stopper. After a moving song, Drake treated us an astounding performance of dance.

As you can see Drake is world class!

I was next on the list. I had planned to do a song and a short poem. Shortly before getting up Marc asked me to share a story that I had related to him.

The purpose of these open mics is to promote healing through creativity. Stand Against Stigma assists people who are facing various challenges to gain hope and help by offering resources for them to heal and recover. So, when I was introduced, I recounted a story that illustrated how important sharing was. If you recognize the signs that a person is at risk for suicide or going through some crisis, it is many times helpful to address it. People are often liberated from the burden of their suffering just by getting things off their chest. One can help by simply being a sympathetic and compassionate listener. Loneliness and isolation are at the root of many of our problems.

After sharing briefly, I then did my poem and my song.

By the way, my wife Linda took the photos and recorded most of the videos in this article.

After I finished, we were treated to a performance of Native American Rap by Pit Crew, the dynamic duo of Billy Riggins and Louis Gustafsen.

… and then a poignant poem accented by beautiful singing performed by Jamieson Brown.

Next, Kimberly returned to the stage to perform two songs from the Broadway musical “Tuck Everlasting.”

We were nearing the end of the program. However, inspired by the performances, two more people signed up. Jordyn Paiell came up to the mic and shared a poignant testimony of how she overcame a difficult situation… 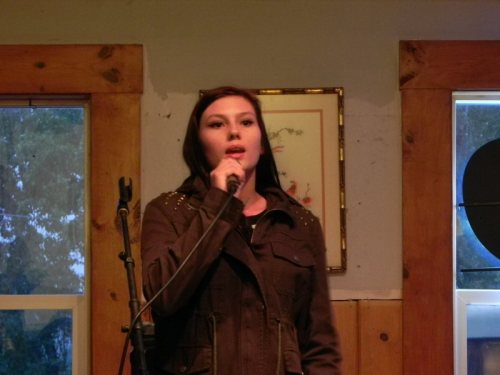 … and then Diane Lahey sang a song inviting everyone to join in.

Thus ended the individual performances. As you can see there was a wide diversity of talent. It’s hard to believe that the entire program took just over 2 hours. It all flowed smoothly because Amanda was a great emcee and the program limited each act to 8 minutes.

Moreover, the atmosphere was uplifting and the environment was convivial. It was great to see so many old friends, some of whom I hadn’t seen in quite awhile.

But still the evening was not finished. Robert, the owner of the restaurant was kind enough to welcome the musicians to stay longer and jam together. And so began a wonderful jam session.

It began with Steve Stoore doing a song with Pit Crew.

Leroy and Michele from Heavy Dose of Blues were there. Leroy got out his harps and Michele brought in her box drum and a lively session ensued. Here are a couple of videos capturing some of the songs.

What can I say? Hope is Alive in the Intermountain area.