The Burney Basin Days First Annual Ice Cream Social was great. It was a warm day. The ice cream really hit the spot.

What was really wonderful though was that it was really a social affair. After a busy day, during a busy week leading up to Burney Basin Days, this opening event gave people a chance to relax and share with friends and neighbors. 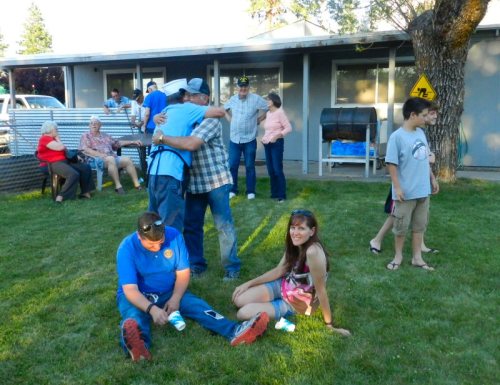 Folks having a good time

Leading up to the announcement of the winner of the Honorary Mayor’s Race, music provided by Alex Colvin and Marty and Vicky McAbee wafted through the air. Alex started things out with a few songs and then the McAbee’s sang a variety of country, gospel, and original tunes. 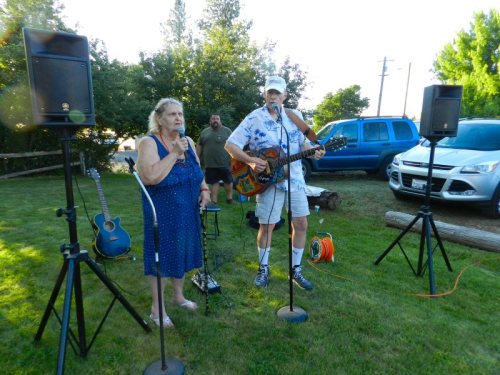 At 8 p.m. Patty Williams, the 2015-16 Honorary Mayor came to the mic to announce the winner of this years race. Patty gave a wonderful, moving speech about the importance of the Mayor’s race. Even though the Mayor’s race is a fun event, the real significance lies in raising money for local charities and the Chamber of Commerce. Also, the Honorary Mayor represents Burney at local events and events throughout the county. Patty shared some of her wonderful experiences meeting some of the other Honorary Mayor’s from around the county. 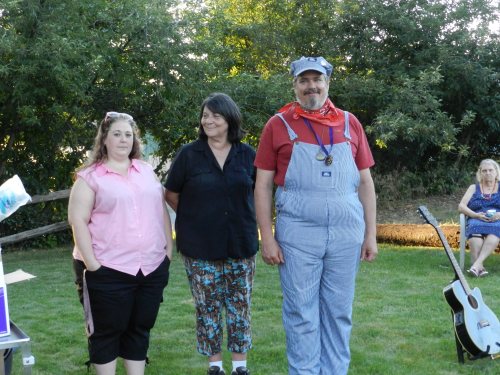 After her poignant remarks, Patty introduced the new 2016-2017 Honorary Mayor of Burney, Nancy Bobo, who was raising money for a Performing Arts Center in Burney. Runners-up in the race were Jim Glaser who raised money for the Lions diabetic camp at Camp McCumber and Destiny Tavares who raised money for the Burney Annex. Patty presented Nancy with her Mayor’s ribbon and crowned her with a black top hat with a tiara on the brim. Mayor Nancy then gave the opening speech of her term.