Darla and Isaac Willis have been working as missionaries for one year with the Mission of Grace in Carries, Haiti. On Sunday afternoon, they met with a group of people at the Burney Presbyterian Church to share about their work. 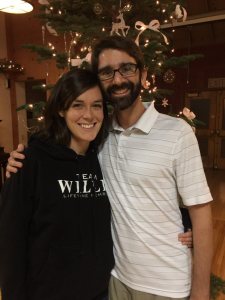 Isaac and Darla met in 2011 while Isaac was studying at A.W. Tozer Theological Seminary  at Simpson University. In 2012, they got married.

Isaac received his Mdiv from Tozer in 2014. One of his fellow alumni is Rev. Penni Elaine, the new pastor at Burney Presbyterian Church.

Darla is an RN who had gone through discipleship training and worked for several months with Youth With A Mission (YWAM) in Mexico. YWAM is a global non-denominational Christian movement with over 1100 missions in more that 180 countries.

They both felt a calling to missionary work. Darla wanted to help provide medical care and Isaac was interested in developing a ministry for women and children at risk especially dealing with human trafficking.

When they researched and prayed about where they could go on mission, they heard “Togo” and “Haiti.” As it happened they went to both. The couple attended YWAM discipleship training in Hawaii where they could each receive training appropriate to their vocations.

After completing their training, they went for two months to Togo in West Africa. It was hot and sultry but they perservered. While there they witnessed many conversions and several miraculous healings. 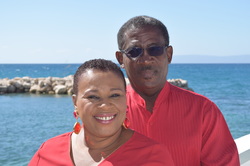 After working in Togo, they went to Haiti where they became a part of the Mission of Grace, a non-denominational non-profit Christian organization founded by Ms. Lynn Joseph after a disastrous mudslide took many lives in 2009.

In 2011, a young Canadian woman, Kim O’Dwyer, came to Haiti and met Ms. Lynn. She has been helping to organize and oversee activities there since that time.

The mission has a church with a congregation of about 200 people and runs an orphanage with 76 children and a school for about 200 children. They also have a health clinic, a weekly soup kitchen, a girls’ home, a home for the elderly, and a men’s ministry.

Children at the orphanage photo courtesy of Mission of Grace

The mission has 9 full time missionaries and employs more than 60 full-time Haitian staff. Many people come to help as short-term missionaries. Some stay to work for longer periods as interns. 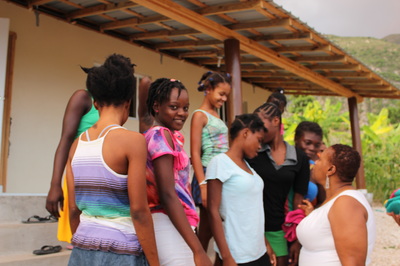 Girls from the girls home photo courtesy of Mission of Grace

Darla works in the clinic. Isaac ministers at the mission and in the community and gives a sermon in the church once a month. 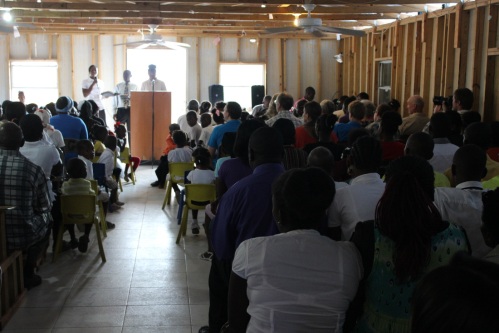 Darla said that STD’s are one of the most treated health problems at the clinic.

One of the challenges for Isaac is the language barrier. The Haitians speak Creole with elements of French, Spanish, and some African terms. He hopes to be able to become fluent in the language.

Another aspect of the work they discussed was racial and cultural. Because Haiti was a French colony, there is a lingering resentment of colonialism and western paternalism. Many of the workers and interns are missionaries of European descent and they need to be humble and earn the trust of the Haitian people.

Darla also said that the people are very boisterous and passionate. She has learned to broaden her cultural horizons and expand her heart. Isaac said that the men are fighters with a strong  sense of injustice. He gave a sermon on the text from Ephesians 6:12

It appealed to the men’s fighting spirit and drew a warm response.

The Willises are planning to stay indefinitely in Haiti and have decided to adopt a beautiful little Haitian girl.

Isaac said that he is returning to the work in Haiti because he loves the people and he has seen hope. “I want to be a humble loving servant and I have seen hope.”

Darla said “You have to be careful about the people you give money to,” because much of the aid money to Haiti is siphoned off by the top 3%.

To learn how you can support the work visit http://www.missionofgracehaiti.org/get-involved.html