Forty-seven students from throughout the county participated in Shasta County 4-H Presentation Day at Burney High School on Saturday February 18.

The program began at about 10 a.m. with an introduction and orientation by Nate W. Caeton, Program Representative II for the 4-H Youth Development Program. There were 24 judges (evaluators). Judges and presenters were divided into eight groups that met in separate rooms.

Junior, Intermediate, and Senior presentations were evaluated using a system of criteria to determine how well they performed the basic skills of public speaking.

Primary participants were not evaluated on a point system, but received written comments on their performances from the he judges. Many of the presenters illustrated their talks with skillfully made posters and visual aids. 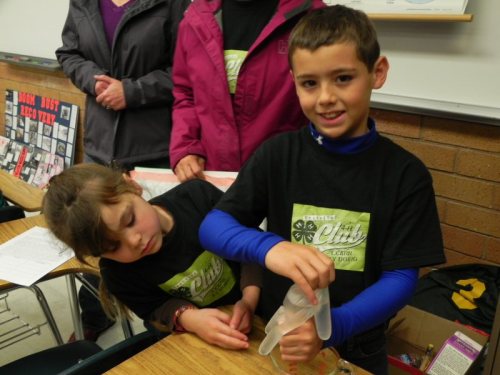 Ryan and Ally Trisdale demonstrate how to milk a goat

Melina Delaloza, a 4-H All Star Ambassadors explained the All Star leadership training, introduced the Burney 4H All Stars, and also welcomed all of the 4H past alumni who attended the event.

Every presenter received a certificate of participation. Ten gold and ten silver medalists qualified to go on the Sectional Presentation Day.

4H alumni and All Stars 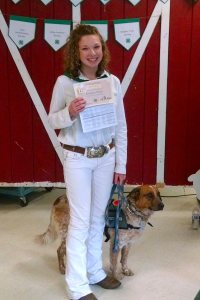 Kandyce Teren, a senior presenter from Redding who received a gold pin, said, “The 4-H program is an amazing program that helps youth expand knowledge in every activity they participate in as well as expanding knowledge of themselves and who they are.”

Jeanine Ferguson from Burney 4-H, who helped to organize the event, said 4-H is about “Making the best better!”