On Tuesday May 2, more than 300 people attended a Caltrans District 2 memorial for fallen workers from 10 to 11:30 a.m. at Caltrans Burney Maintenance Station. The event is part of Caltrans Safety Awareness Week, highlighting safety on the job.

Since 1921, 187 men and women have lost their lives building, maintaining and operating California roads and highways. In District 2, serving Lassen, Modoc, Plumas, Shasta, Siskiyou, Tehama and Trinity Counties as well as portions of Butte and Sierra Counties, 14 people have died since 1921,. Those fourteen people were honored at the ceremony with special cones. 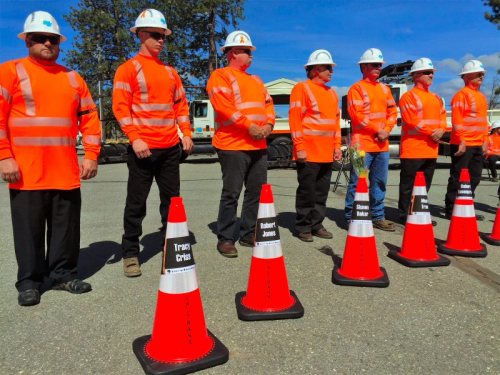 Fortunately, there were no work-related fatalities in District 2 during 2016. One employee who died of a heart attack was also honored at the ceremony. 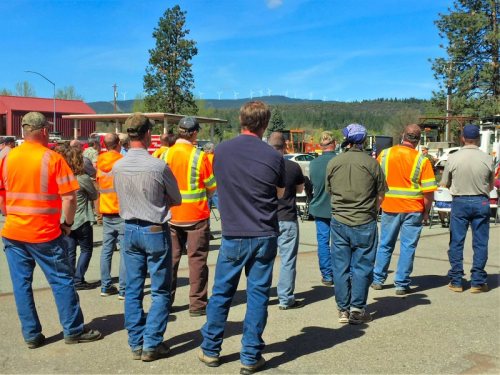 Caltrans workers at the memorial service

Deputy District Director Anderson said, “We are fortunate not to have lost any employee on the job last year. This is due to a strong accident prevention program we diligently follow, but the credit also goes to our workforce who consistently pay attention to their own safety and the safety of the traveling public.”