Nicholas “Nick” Tepley has been assigned as a Resident Deputy for Eastern Shasta County. 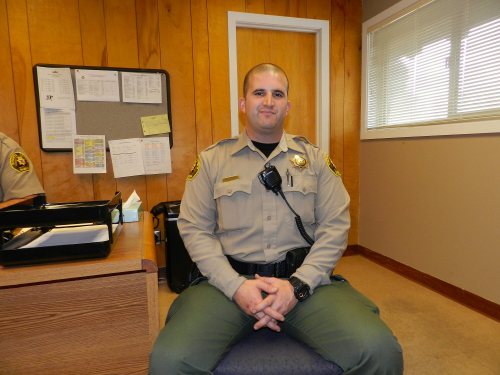 In his future career, Tepley hopes to serve on SWAT, Search and Rescue, and Dive Team.

Lieutenant Tyler Thompson said, “We are happy to have Nick up here and we are sure he will do a great job.”

There are now six deputies serving the Intermountain Area of Shasta County. There are also  two supervisors, one detective, and one community service officer.

Deputy Tepley said, “I look forward to being of service to you all.”