Santa was assisted by dozens of fellow members of the local F Troop motorcycle club. Some of the members, wearing festive Christmas attire and hats, rode  their bikes. Others drove vehicles laden with gifts for the children.

Children lining up to receive their presents

This is the 17th year that F Troop has conducted their Christmas toy run. This year, they raised more $2000 to buy gifts and batteries. Most of the money was raised at their annual summer yard sale.

Club President Greg Trotter and his wife Carol helped to organize this year’s event with the help of lots of volunteers. Tim Covert, a past VFW Post Commander, served as Santa and led the delivery procession on his three wheeled sleigh. 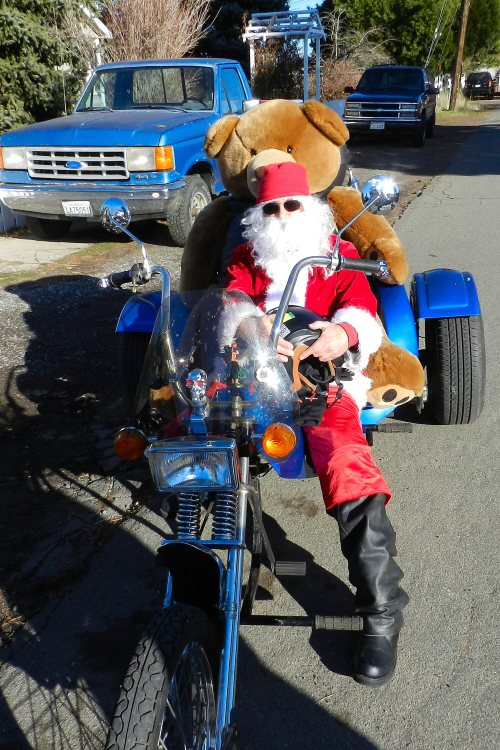 Santa and Teddy are ready to ride

F Troop is the local affiliate of United Bikers of Northern California a non-profit tax exempt charitable organization dedicated to the freedom and safety of all motorcyclists. Their motto is: