The Fall River Valley Community Choir treated the people of Burney to a taste of the Kingdom of Heaven as they performed the Christmas cantata The First Noel at Burney Presbyterian Church on Saturday afternoon December 16.

The 40 minute cantata, written by Russell Mauldin, contains and arrangement of classic carols, hymns and favorite Christmas songs of the season. The songs and narration celebrate the birth of Jesus as messiah and king.

Reverend Penni Elaine Scarbrough, the pastor the hosting church, welcomed everyone and began the program with a prayer. 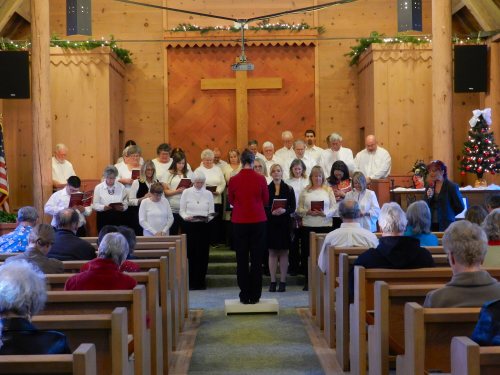 Opening with a prayer 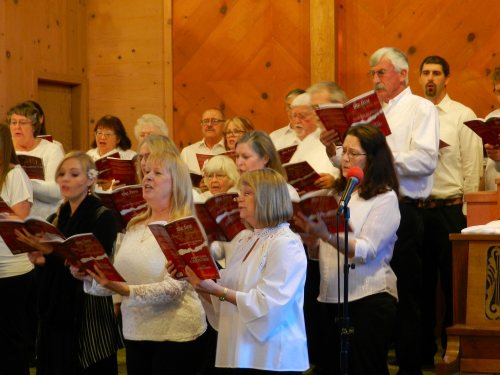 Then followed six selections: “Glory, Glory in the Highest;” “The First Noel;” “Jesus Born on This Day;” “Light of the Stable,” with “Angels We Have Heard on High;” “In the First Light;” and “Jesus at the Center.”

Reverend Bill Myers sang a solo for Glory, Glory in the Highest.” 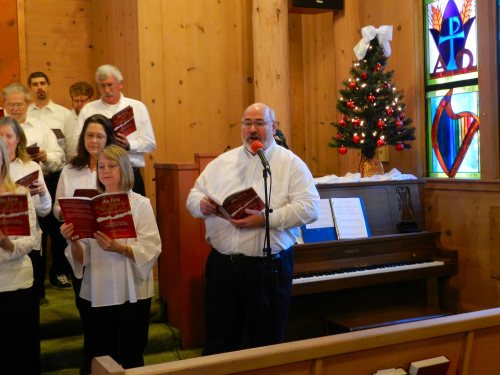 Maggie Torres sang solo in “Jesus Born on This Day.” 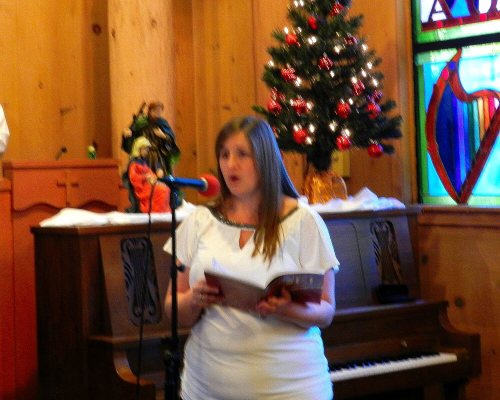 Following “Jesus at the Center,” narrator Nate Strauch said a prayer celebrating the birth of Jesus, and then the cantata concluded with a grand “Birthday of the King Finale.”

After the conclusion of the finale, Rev. Maki led the entire congregation as they sang “Silent Night.” 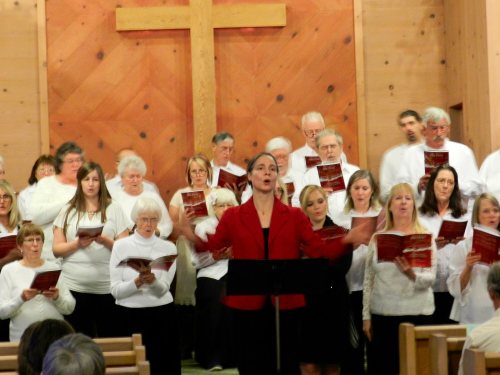 Rev. Maki thanked everyone for coming and announced that there would be a second public performance of the cantata at Intermountain Evangelical Free Church in McArthur the following day at 4 p.m. That concert would also include a performance of six songs by the Fall River Valley Community Children’s Choir.

The concert was performed in remembrance of Melanie Kerns. Mrs. Kerns was a beautiful singer and wonderful pianist. She was also a pillar of the Intermountain Community who was active in both the Fall River Methodist Church and the Burney Presbyterian Church.

After the concert, the audience and choir mixed and mingled as they shared fellowship and enjoyed refreshments.