Starry Nights shares the joy of the Christmas season

More than 150 people came to the Word of Life Assembly of God Church (WOLA) on Sunday evening December 17 to attend their Starry Nights program. This year’s program combined the annual chili cook-off with a sing-along of traditional Christmas carols. 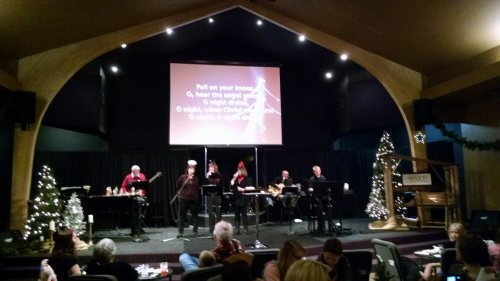 Rev. Ken Frazier and Rev. Corey Yake welcomed people the full house to the church and emceed the evening’s program. 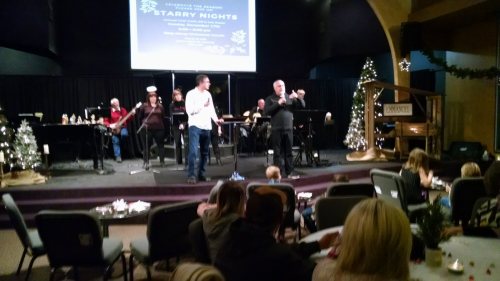 Every table was full with more people sitting in chairs lining the room. Three wonderful singers, Tammy Allison, Janice Hamlin, and Carolyn Garrigus, led the entire group for one hour singing favorite traditional carols and a selection of popular Christmas songs such as Jingle Bells and White Christmas. 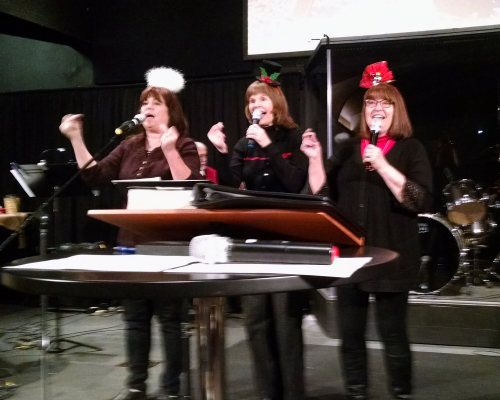 Between some of the songs, audience members were asked if they would like to share a story. People responded with personal testimonies and heart-warming accounts of love shared in Christmas past.

After the singing, Rev. Frazier explained the process of the chili cook-off. There were 17 entrees this year. People went table by table through the line and received a small plastic bowl of each chili with a number on it. 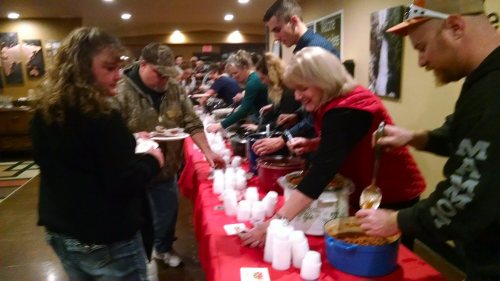 Seventeen kinds of Chili to choose from

To compliment the chili, there was a full table of toppings and corn bread. 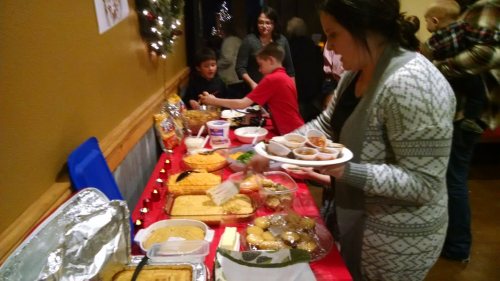 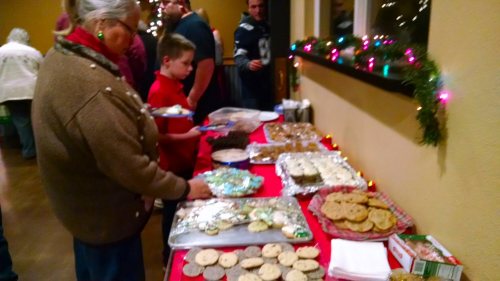 After sampling all of the chilies, the diners wrote the number of their favorite on a card. WOLA had Olympic like medals for those who received the most votes. The first, second, and third place winners also won a can of almond rocha candy as a prize. 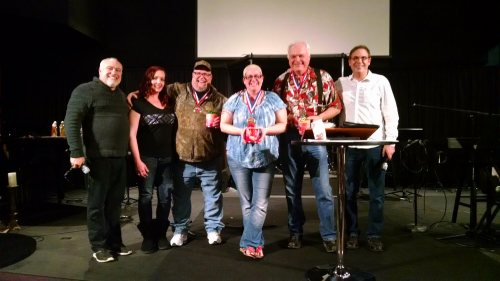 Starry Nights is one of the programs that WOLA holds for the public throughout the year to show their love for community as part of their commitment to “Love God and love people.”