“The 2018 Spring musical was a smash hit! Burney Junior and Senior High School Students presented three marvelous performances of “Princess Whatsername” written by Brian B. Taylor with music by Bill Francoeur and lyrics by Scott de Turk at the Liz Polley Center for the Arts. 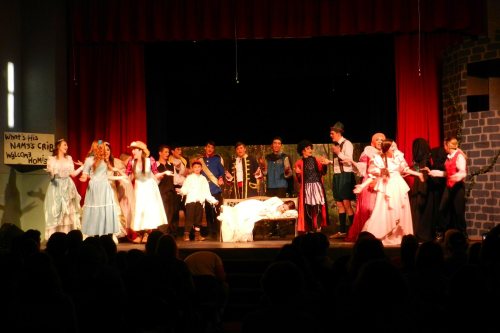 The production was directed by Jill Reed Lights and Sound by Larry Goza and Alissa Tereba and Stage Direction by Carolyn Garrigua and her crew. About 400 people came to see the performances that took place on Wednesday, Thursday and Saturday nights.

A talented cast of dozens  of students took the audience through a cleverly constructed fairy tale peopled with characters from a range of Grimm’s folk tales including Hansel and Gretel, Rumpelstiltskin, Goldilocks and the Three Bears, Snow White and the Seven Dwarves, Cinderella and the Fairy Godmother, Rapunzel, Hercules, princesses and princes, and good and bad fairies.

Hansel and Gretel find Princess Whatsername in the woods

The lead character, Princess Whatsername (played by Bailey Turner) turned out to be Princess Aurora, who had been pricked by a spinning wheel and lost her memory. In her quest to regain her true identity, she wandered through an enchanted forest as the characters enacted comic scenes and delightful musical numbers.

Hansel after eating a candy house

All the students performed excellently. The Seven Dwarves number was classic. Elie Urlie dazzled the audience with his performance as an intriguing hip-hop style Rumpelstiltskin. Paris Deaton-Geisler shone as a country-western style Snow White.

After the performance a special plaque was presented from the Mountain Echo newspaper with a photo and news article of the first chorale performance at Liz Polley Center. 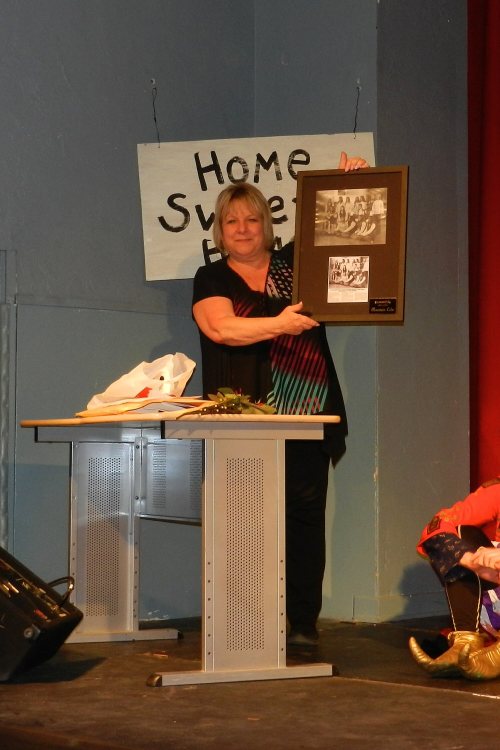 Ms. Reed then presented the students actors with gifts of appreciation for their hard work and excellent performance, and the students in turn presented gifts to Director Reed and Carolyn Garrigua expressing their love and gratitude.

Here are more pictures of the performance: 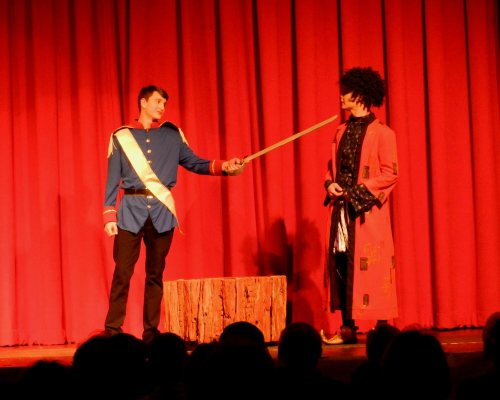 Snow White and Goldilocks in the house of the Three Bears 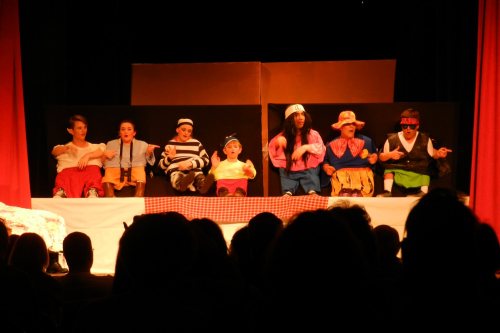 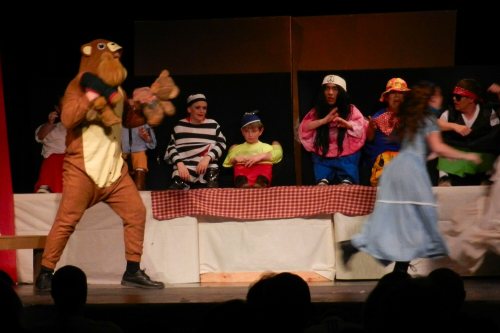 The Queen of the West and Snow White 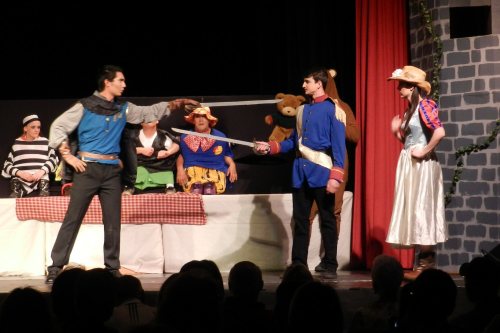 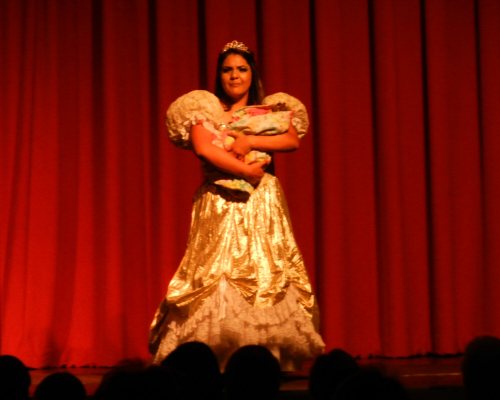 Queen of the North 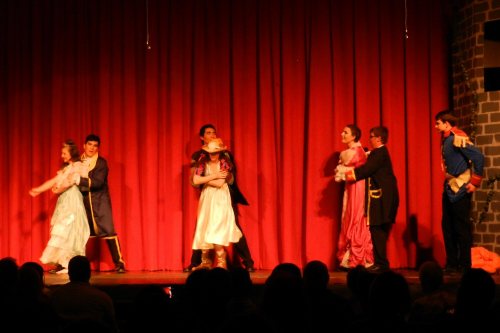 Princess Aurora reunited with her parents and her true love 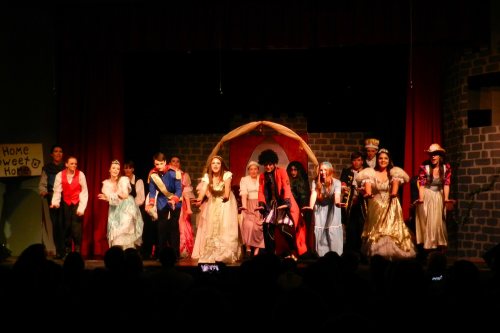