Scores of people were uplifted and entertained by ten performers at the Hope is Alive! open mic at Ol’ Merc Pizza in McArthur on Friday night May 18. 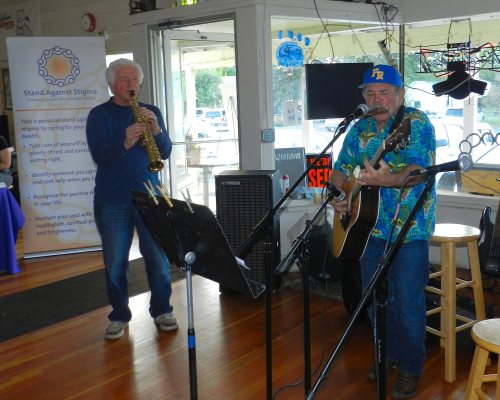 Chuck Darwin Hepburn, not only played and sang on the guitar. He also provided innovative improvisation on his saxophone to accompany several other performers. Mr. Hepburn recently moved to Bieber.

As well as performing a variety of tunes on guitar and ukulele, Stu Stoore also did an excellent job of managing the sound system. 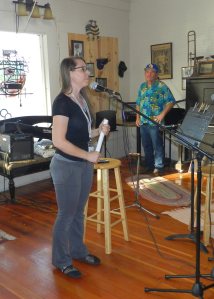 Hope is Alive! open mics celebrate the power of the creative arts to uplift, comfort and heal people in times of mental or emotional crisis. The Master of Ceremonies for the evening was Marc Dadigan. The program was sponsored by Stand Against Stigma funded by the Mental Health Services Act. Mid-program, Amy Sturgeon, a community education specialist in suicide prevention gave a short talk. Toward the end of the program Carrie Jo Diamond, director of Stand Against Stigma also spoke about the activities of Intermountain Mental Health Week. 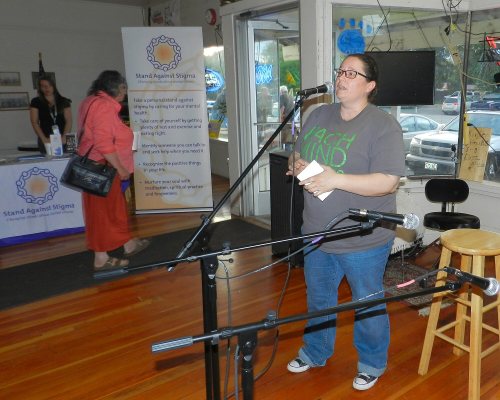 After the program, several musicians stayed to jam together.

For more information about Stand Against Stigma, visit www.standagainststigma.com.