Rick and Karen Alvord from Redding won the trophy for Best of Show at the Mountain Cruisers Car Show at Rex Club Days. Their prize-winning vehicle was a cherry red 1957 Chevy Belair. 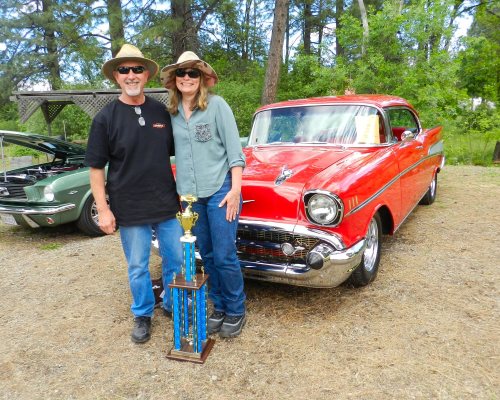 Sixty participants from California and Oregon came to enter their classic cars in the show. This is the 26th year that Mountain Cruisers has sponsored the car show for Rex Club Days. Plaques were also awarded for First and Second Place for each class of Stock, Modified, and Open.

Ron Conley, President of Mountain Cruisers said, “Everybody would like to win, but it’s really about connecting with others, sharing  ideas, and having a wonderful time.” 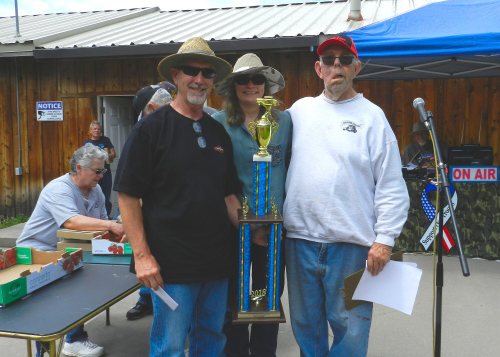 Rick Alvord acquired his winning ’57 Chevy in 1999 and spent 10 years working on it in his garage before it was ready for its first show in 2009. In addition to winning Best of Show, they also won Rex Club Choice.

Mrs. Alvord said, “There were a lot of other cars that were deserving, so we are very honored.”

Proceeds from the car show go to benefit local charities, such as the schools and the library. This year a free night’s swim at the Raymond Berry Community Pool will be one of the projects funded.

In addition to the car show, there was also a fine art and craft fair sponsored by the Rotary Club of Burney-Fall River and organized by Andrew Urlie. Various booths featured items such as hand-made quilts and baby blankets, art photography, jewelry, home-made soaps, great hand-crafted wood items by the McKay brothers, and fine art pottery by Mr. Urlie. 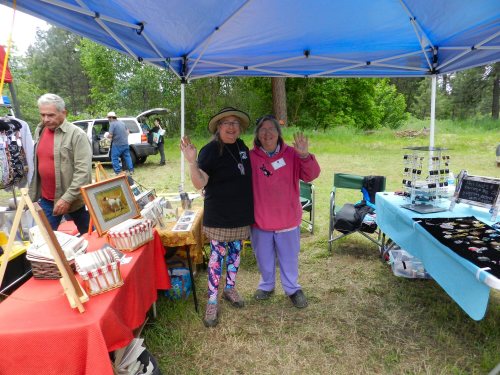 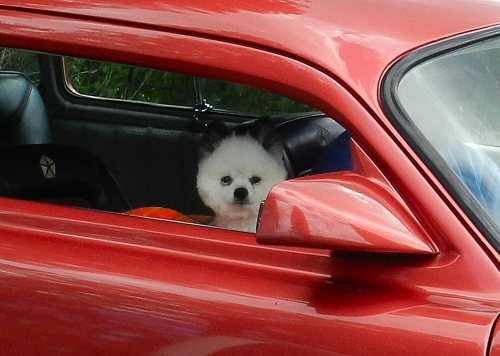 This little doggy enjoyed the car show very much