On Friday afternoon September 28, Pit River Casino hosted a special celebration of California Indian Day for the Burney and Intermountain community. The event featured a chili cook off and fry bread contest, a delicious barbecue lunch courtesy of the casino’s River Rock Grill, a horseshoe contest, a fun play area for the kids, Native American drumming and singing, and dancing by the RISE youth dancers. 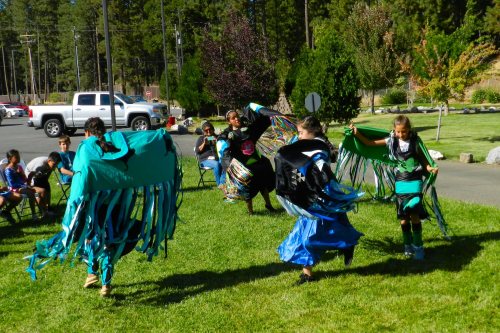 California has more than 100 recognized Native American tribes, representing a diverse cultural heritage extending back over thousands of years. The Pit River basin is the home of the Achomawi people. 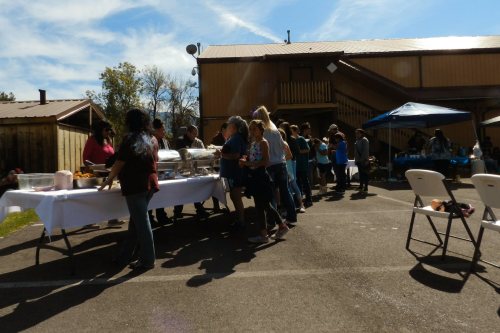 Lining up for a delicious lunch

Mike Avelar said he knew that at least 200 attended, because the casino gave out over 200 free t-shirts to commemorate the event. Many more people came who did not go to receive a t-shirt.

In addition to the food booths, Pauline Nez, had a display of beautiful hand-crafted Navaho jewelry for sale.

Throughout the afternoon children enjoyed playing in a fun area. 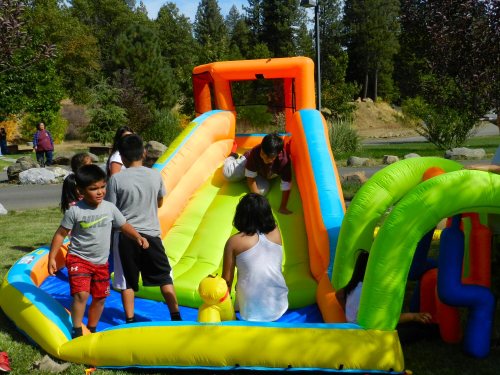 Fun for the kids

Later in the afternoon there was horseshoe contest with an entry fee of $20 per team. The casino added another $100 and the winning team won all.

About 3 o’clock, visitors were treated to superb drumming and singing by Thoz Womenz. The group of women drummers and singers is directed by April Goforth, director of Resources for Indian Student Education (RISE) in Alturas.

Drumming and singing by Thoz Womens

The drumming group is made up of professional women educators and medical personnel. The group began in Alturas. Since that time some of the members have moved to other locations throughout Northern California, but they continue to come together to drum and sing.

One of the drummers introduced Mr. Jimenez, a Pomo Indian dancer, and seven young RISE dancers who had come for the celebration. 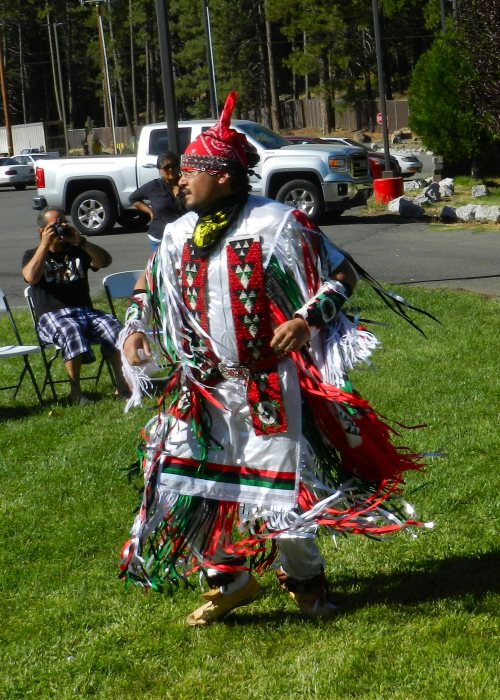 After several songs and dances by Thoz Womenz and RISE youth, local children were invited to join in a Tiny Tot dance. 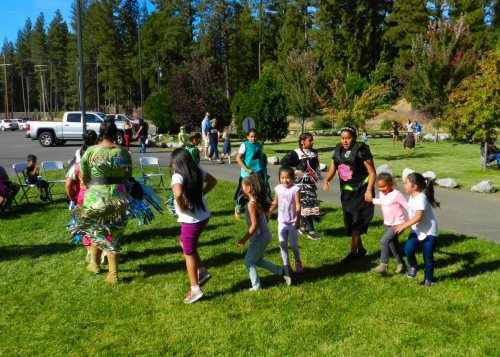 Casino Manager Mike Avelar said that they hosted the event to “celebrate and to show appreciation to our customers.”

Later in the evening beginning at 6 p.m. the Casino also hosted a Tough Man Boxing Tournament.