DALLAS, TX – Serving an area larger than five states and a community 45 miles from the nearest traffic light, Dr. Daniel Dahle is the medical version of a hero in a Clint Eastwood western, keeping the local citizens safe not with six shooters but with over three decades of medical expertise and an unflinching commitment to personalized care. 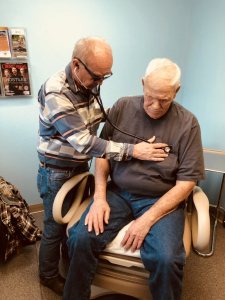 For his exceptional record of compassion and service, Dr. Dahle has been named 2019 Country Doctor of the Year.

Presented by Staff Care, an AMN Healthcare company, the Country Doctor of the Year Award recognizes the spirit, skill, and dedication of America’s rural medical practitioners. The leading temporary physician staffing firm in the United States, Staff Care has presented the national award since 1992 to exemplary physicians practicing in communities of 30,000 or less.

“Dr. Dahle is more than an outstanding primary care physician,” said Jeff Decker, President of Staff Care, “he is one of the pillars on which his community stands. The people, the health system, and the economy of his region simply could not do without him.”

Raised on a potato farm near the California/Oregon border, Daniel Dahle served as a medical corpsman in Vietnam before earning a Ph.D. in radiation biology and a medical degree at the University of Rochester in New York. In 1985, he elected to return to his home region and began practicing in Bieber, California, a frontier town of 300 people located in an isolated section of northeastern California, where he has continued to practice for 33 years.

The sole primary care physician in Bieber, Dr. Dahle is on staff at Big Valley Health Center, a Federally Qualified Health Center (FQHC) that sees all patients, regardless of ability to pay. He draws patients from a service area that extends over 7,500 square miles, larger than Rhode Island, Delaware, Connecticut, Hawaii and New Jersey, and to a large extent has been personally responsible for maintaining health services in the region. 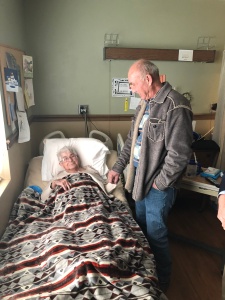 “As a rural hospital goes, so goes the community,” Decker said. “Few people want to stay in or move to a place where there are no healthcare facilities. By supporting the local hospital, Dr. Dahle has done more than keep patients alive – he has kept the community alive.”

Dr. Dahle has delivered over 1,000 babies in his career, often under trying circumstances. Many of the residents in the local valleys, including much of the student body at Bieber’s high school where Dr. Dahle coached track for 25 years, were delivered by Dr. Dahle. His skills as a diagnostician are legendary, as one particularly telling incident illustrates. When a long-term patient and co-worker presented with pain and mental confusion, Dr. Dahle correctly diagnosed herpes encephalitis, despite encountering this rare condition only one previous time in approximately 350,000 patient encounters. The condition is commonly fatal, but by rushing the patient to a tertiary care center hours away and insisting on proper treatment, Dr. Dahle is credited with saving her life.

Not all of the duties that fall to a frontier doctor are strictly clinical. In one instance, Dr. Dahle was present when a knife wielding assailant attacked the local sheriff. Dr. Dahle was able to subdue the man with a forearm shiver. Most of his activities, however, are much more benign. One patient describes how Dr. Dahle was able to provide her dying husband with a last wish, personally escorting him on a scuba diving trip to Hawaii, while another relates how Dr. Dahle revived her newborn when the infant was not breathing. Virtually all of the town’s residents (including Clint Eastwood himself, who has a ranch in the area) have been positively impacted by him in one way or another.

Now aged 70 and contemplating retirement, Dr. Dahle has made educating future care givers part of his mission.   Each year he provides training to medical residents from the University of California, Davis as well as students from the physician assistant program at the University of Iowa. He is well known for sharing his “zebras” with students, medical slang for patients whose maladies are masked or otherwise difficult to diagnose.   Dr. Dahle is hoping to pass the torch on to a husband and wife duo who will soon be completing their medical training and who Dr. Dahle has been recruiting since the couple was in medical school.   Though he has seen rural practice evolve during his tenure, Dr. Dahle believes the essence remains the same.

As the 2019 Country Doctor of the Year, Dr. Dahle will be able to enjoy two weeks of time off, as Staff Care will provide a temporary physician to fill in for him at no charge, a service valued at approximately $10,000. He also will receive the award’s signature plaque featuring a country doctor making his rounds on a horse and buggy, an engraved stethoscope, and a monogrammed lab coat. Additional information about the Country Doctor of the Year Award can be found at www.countrydoctoraward.com.

About Staff Care and AMN Healthcare
Staff Care is the nation’s leading temporary physician staffing firm and is a company of AMN Healthcare (NYSE: AMN) the largest healthcare workforce solutions company in the United States . For more information, visit www.staffcare.com or www.amnhealthcare.com.